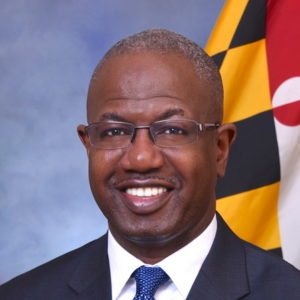 Mr. Smith, a 29-year transportation official, returned to Maryland after serving as Chief Executive Officer of the Cleveland Airport System, which includes Cleveland Hopkins International Airport and Burke Lakefront Airport.  In addition, he was responsible for overseeing the development and management of the City’s lakefront properties.

Prior to his service in Cleveland, Mr. Smith served as the Chief Operating Officer for the MAA.  Mr. Smith helped lead BWI Marshall Airport through a $2 billion expansion program, increased air service throughout the world, and the creation of a new food and retail program.  Prior to returning to the MAA after a two-year departure, Ricky served as the Deputy Administrator for the Maryland State Highway Administration.  There, he oversaw an approximate $1 billion annual budget and co-developed the financing strategy for the largest capital project in Maryland history – the Inter-County Connector.  In addition, he served in the private sector for several years with International Business Machines, H&R Block Business Services, The May Company, and others.

Ricky holds an Accounting degree from Howard University and an Executive MBA from Loyola University in Maryland.  He is a graduate of several leadership programs, including Leadership Cleveland, the Greater Baltimore Committee, and the University of Maryland Government Executive Institute.  He is active on several national and local boards and industry associations including the American Association of Airport Executives, the Washington Board of Trade, the BWI Business Partnership, the World Trade Center Institute, AERO Club of Washington, the Greater Baltimore Urban League, and the U.S. Department of Transportation National Freight Advisory Council.

He has been recognized as the ‘National Executive of the Year’ (2010) by the Conference of Minority Transportation Officials, ‘Most Influential CEO in Northeast Ohio (2013 and 2014) by Crain’s Magazine, ‘Influential Marylander’ (2017) by The Daily Record, and ‘CEO Power 10’ by the Baltimore Business Journal (2018).

He and his family reside in Howard County, Maryland.